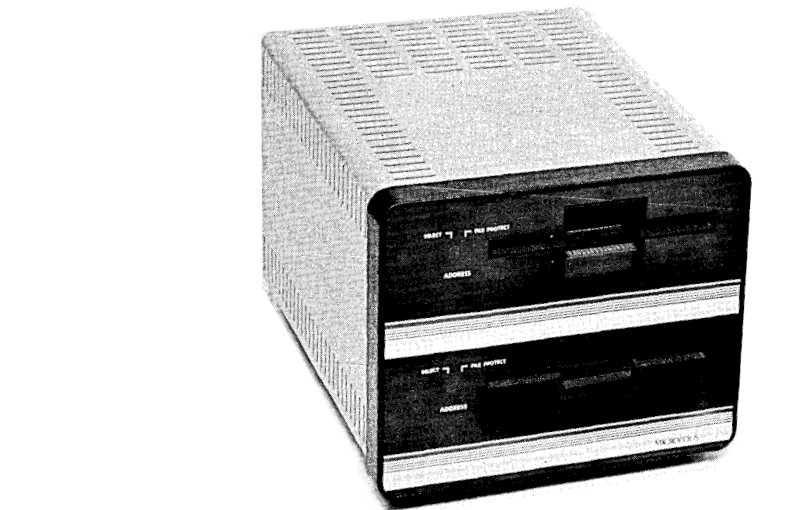 The 1053-II is the dual-drive version of the single-drive 1043-II. Both drives are single head / single-sided drives. The roman numeral "II" indicates it operates at 77 tracks / 100 TPI. This drive only accepts hard-sectored media when used with the bundled Micropolis 1071 controller.

The subsystem is usually presented with a capacity of 630k. With the unit being a dual-drive assembly, this can be misleading, suggesting each drive would hold 630k by using dual heads writing on double sided media. In reality, each drive is a single head drive and stores 315k, but two drives with 315k provide 630k of on-line storage per unit.

Model 1053 Mod II is a master module, used with a Micropolis 1071 controller and interface cable A. Its sister-module 1033 Mod II is an add-on module only.

The drive has file-protection circuitry and other standard features include a disk-insertion interlock that prevents accidental damage to the diskette by preventing the user from closing the drive door unless the diskette is positioned properly. Large lighted numerals clearly show the logical address of each drive, to further prevent operating errors.

A detailed chronicle of getting a Micropolis 1053-II floppy subsystem working on a rare Micro Expander Inc. S-100 bus machine via 100085-01-8A controller board can be found on German vintage computer tinkerer funkenzupfer's website.